All performances at Victoria Hall, Cobourg.

There’s trouble in River City when a fast talking salesman gets his heart stolen by the town librarian. By turns wicked, funny, romantic and touching, The Music Man is family entertainment at its best. Meredith Wilson’s six-time, Tony Award winning musical comedy has been entertaining audiences since 1957 and is a family-friendly story to be shared with every generation. The Music Man follows fast-talking travelling salesman, Harold Hill, as he cons the people of River City, Iowa, into buying instruments and uniforms for a boy’s band that he vows to organize – this despite the fact that he doesn’t know a trombone from a treble clef. His plans to skip town with the cash are foiled when he falls for Marion, the librarian, who transforms him into a respectable citizen by curtain’s fall. One of musical theatre’s treasures with rousing marches, barbershop quartets and sentimental ballads which have become popular standards.

The Music Man is presented through special arrangement with Music Theatre International (MTI). All authorized performance materials are also supplied by MTI. www.MTIShows.com.
This is a non-equity production. 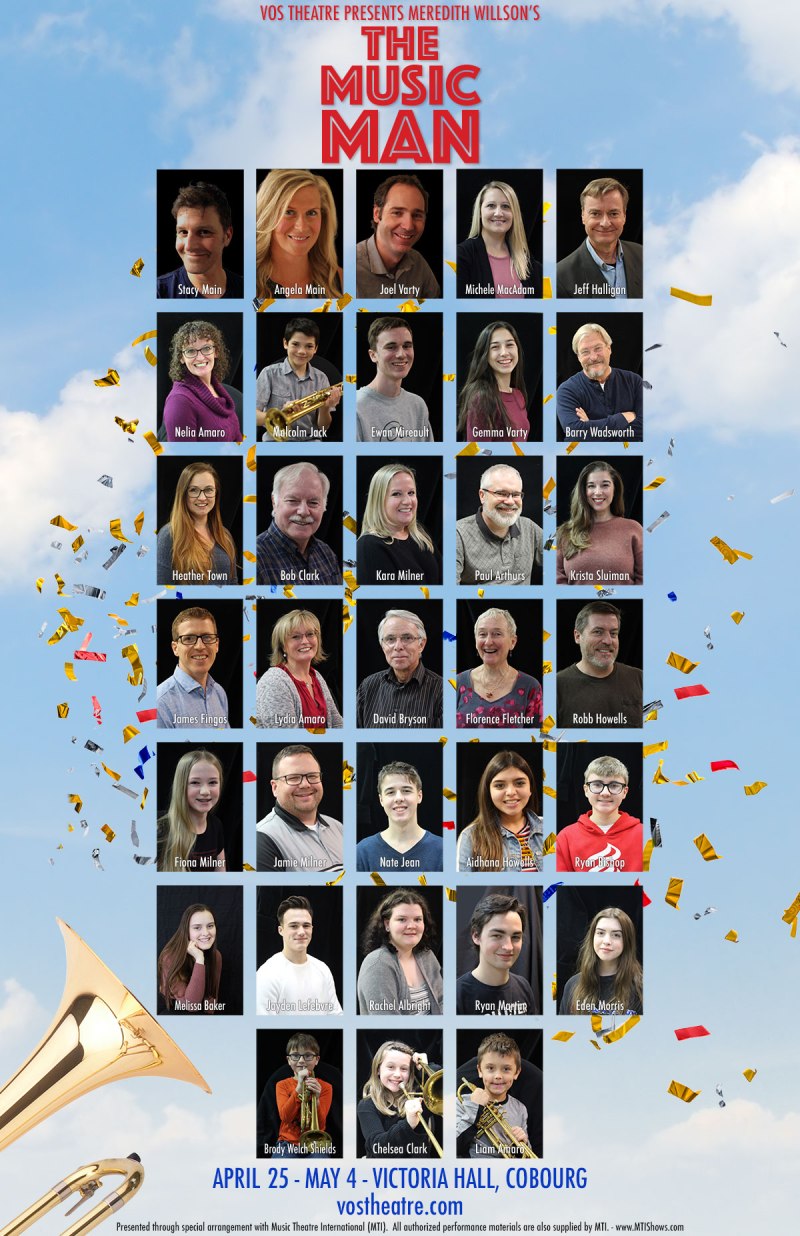